As some avid readers of SWIN might already know, my mum is an exceptional cook and I relish the chance to go home for visits and be spoilt. She cooks up quite the feast, and yesterday was no different.

Mum presented a selection of curries for us, Lamb and Asparagus (yum) and some new concoction that she sort of mumbled about being kidney or liver or something. To be honest, I wasn’t listening. It looked beautiful, smelt divine and after trying a mouthful – it was delicious.

We all got stuck in, complimenting her chef skills once more. My sister in law even went in for double helpings!

After finishing, and rubbing our bellies in satisfaction, she dropped the ultimate bomb.

We had just consumed testicles in a curry. Lamb testicles. Chopped up. In a curry.

I’m not quite sure how I feel about chewing on the testicles of a lamb. My instant reaction was to yell “WHAT” fairly loudly, inform the rest of the family and try to make myself feel some semblance of disgust.

The problem is, it was quite nice… 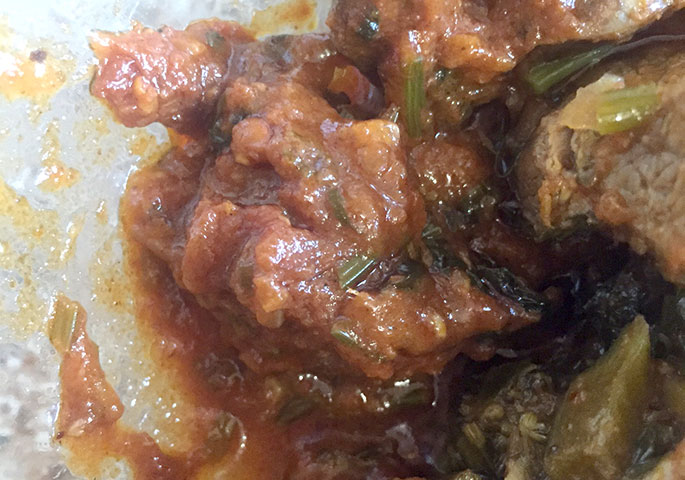 Would I have eaten it if I had known what it was before plating up? Umm… probably not. I mean, I give everything a go so I think I’d have one mouthful at least. Let’s be honest though. I just ate bollocks. Balls. WILLY NEIGHBOURS FROM A LAMB.

I instantly Googled “I just ate lamb testicles” hoping the internet could console me. After putting in a ‘lamb testicles’ search by itself, turns out there are thousands of recipes on the interwebs, not to mention a list of health benefits from the consumption of lamb ‘nuts’.

I couldn’t believe it. This really is the true essence of So Wrong It’s Nom.

Excuse the pun, but it was a pretty ballsy move from my mum. She had some cojones to make me eat the dish without telling me what it really was – but oh my it tasted good.

Wikipedia tries to soften the blow by calling them”lamb fries” hah. Deception at its best.

Lamb fries are lamb testicles used as food. Historically they were parboiled, cut in half, and seasoned. Lamb testicles are served in a variety of cuisines, including Italian, American, Basque, barbecue, Chinese, Caucasian and Turkish. In the United States they are often served breaded and fried.

My favourite discovery in this entire process however, has to be the existence of the “World Testicle and Aphrodisiac Cooking Championship.” A real event people. Held in Serbia. Somebody get me tickets pronto!! Many chefs at the event consider testicles an aphrodisiac, given their naturally high testosterone level…. oooer. Quoting this Huff Post article:

“Better for the libido than any Viagra,” reads one of the slogans for the festival.

Now we just need a hipster pop-up in Shoreditch to start selling them and they will be all the rage in London. I’ve even got a name for your pop-up if anyone is considering it. How about “Nuts On Your Chin.” Guaranteed customers. 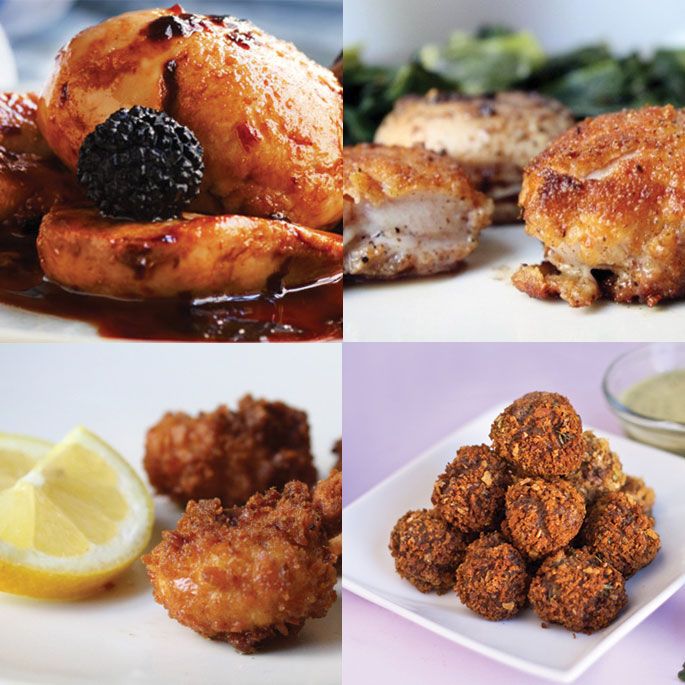 Look at all these delish testicle dishes!

Verdict? Well, I think I’ll be eating Lamb Balls again. If anyone would like my mums ‘Tasty Tomato Testicles’ curry recipe, then leave a comment below and I’m sure this can be arranged.

Another lesson learnt in my So Wrong It’s Nom education. Have the balls to always give everything a go. Don’t be nuts and be brave with food.