Scrolling through reddit one day, we came across something that is both intriguing and ghastly in equal measures: Pringles jam. Yes, you heard me right – jam as we know and love it but made with BBQ flavoured Pringles. After the initial disgust, my mind started to come around to the idea and so we found the original poster – sola_angelus who had posted it in r/ShittyFoodPorn last year. I realised pretty soon that this person had taken on the ultimate So Wrong It’s Nom challenge. Would this mad experiment be a success or a failure?

It all started when sola_angelus popped open a can and noticed that the lid had some writing on it. 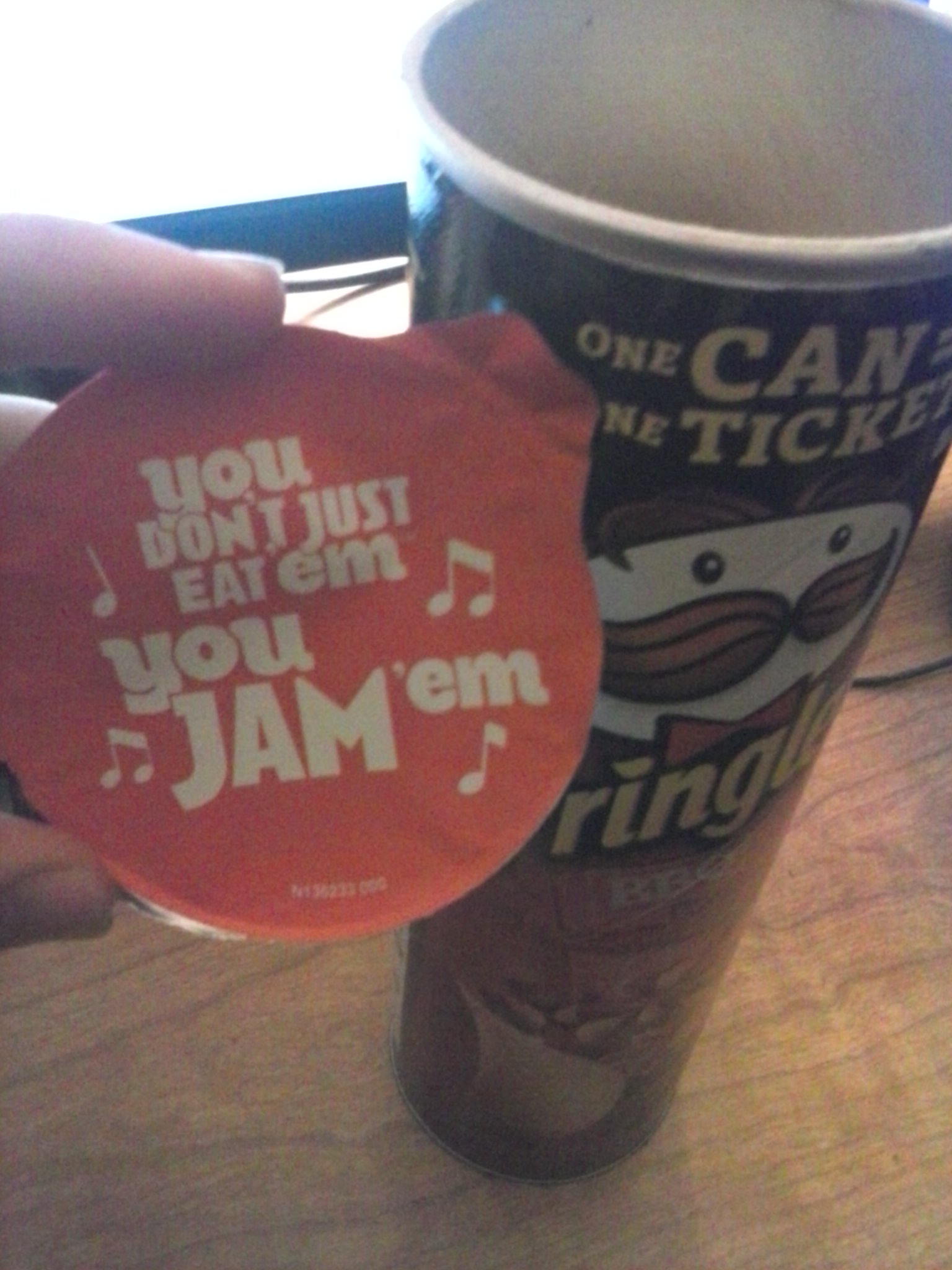 In their own words

“The seal on the can really bothered me. How the hell do you jam Pringles!? It’s not like they make good guitar picks. The only logical conclusion, in my eyes, was to actually make jam out of Pringles, solely to spite whomever came up with this terrible slogan.”

After gathering all relevant ingredients, they got started like a pro by blending up the Pringles into a crumb and adding some water to soften. I got the feeling the person behind this kind of knew what they were doing, so I asked – have you made jam before? Are you a professional chef…? 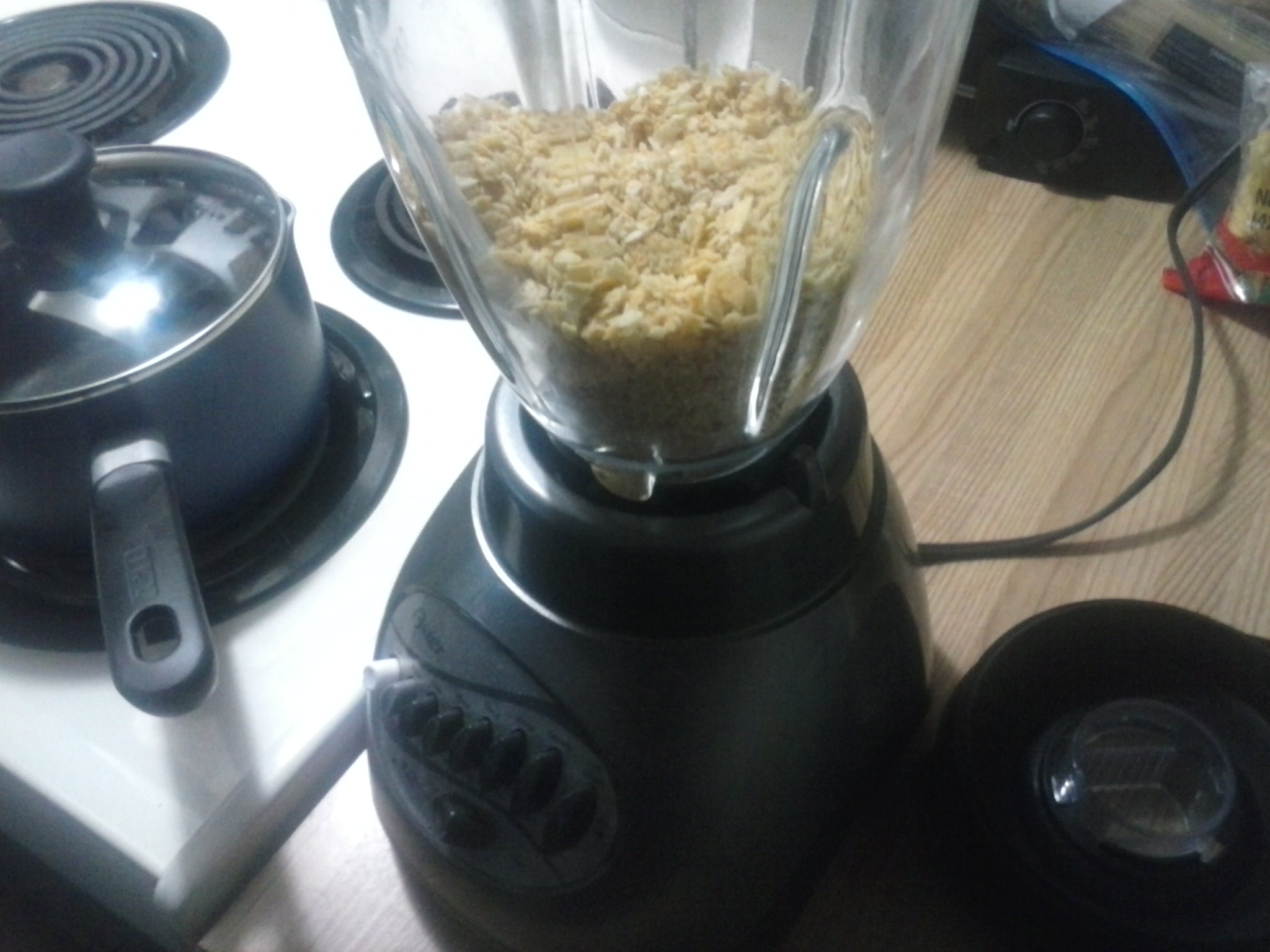 They explained, “I am not qualified as a cook/chef in any way, shape, or form, but I had quite a passion for cooking when I was a kid. I did my best to learn everything I could and about the science behind it. So, in general, I’m not the best home-cook, but I like to experiment, and for the most part I know what I’m doing. (I make a mean pancake: Pro-tip, use mayonnaise in the batter.)

I’d never made jams before, but I knew the general idea behind it

and how it’s made using other, more… palatable, bases. I did indeed spend a few hours pouring over different jam/jelly recipes to figure out about what kinds of measurements of sugar and pectin to use, from there, I pretty much winged it.”

Nice! ‘I pretty much winged it’ is probably how some of the world’s best food and drink inventions were found.  You’ve got to embrace breaking a few rules when it comes to cooking – even if just out of curiosity! 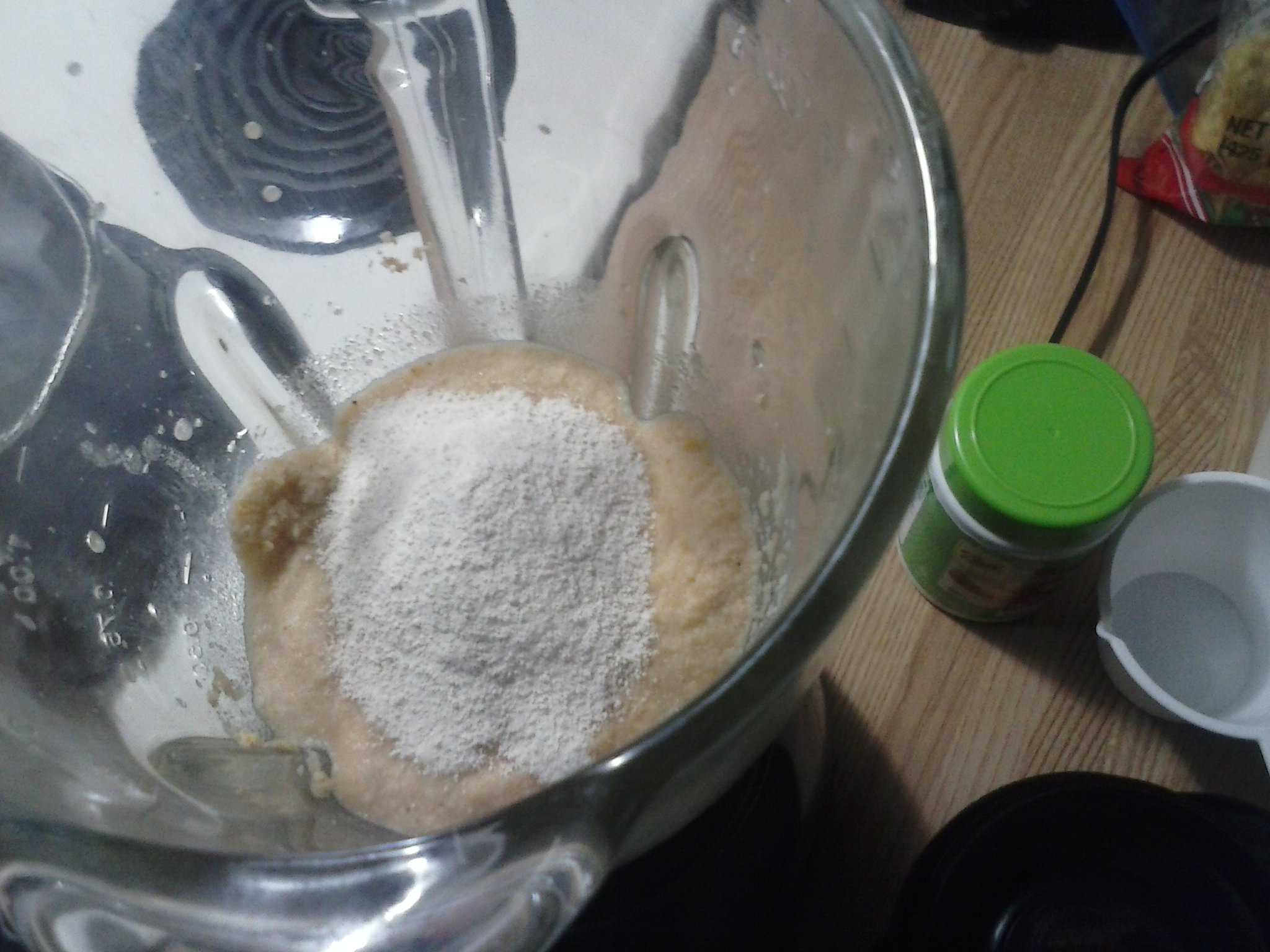 After adding the Pectin, (typically used in jams and jellies to thicken the mixture) the cooking began. Apparently the smell of Pringles really envelopes the house as it sets to boil! 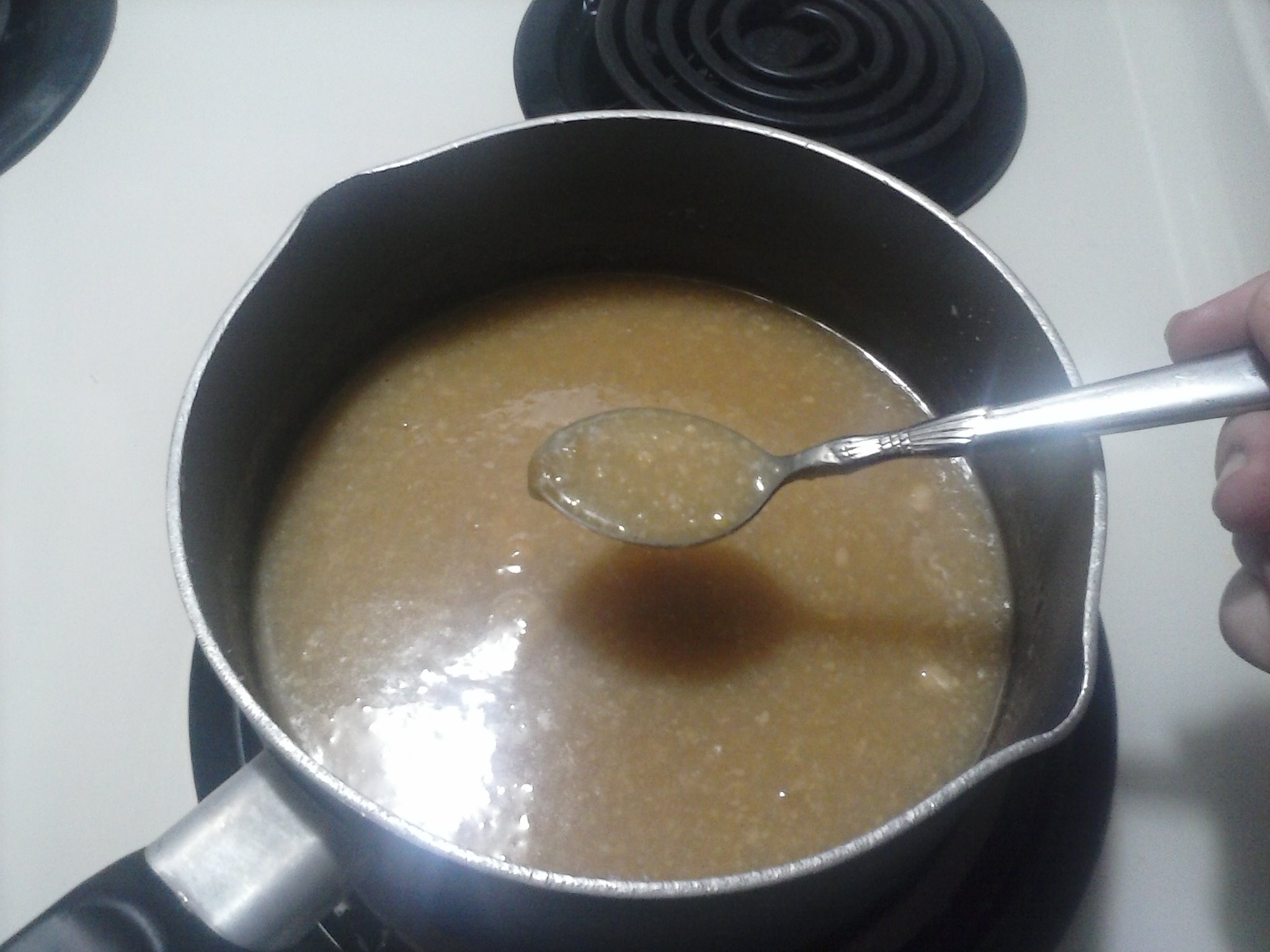 After cooling it down and transferring to a bowl, the Pringles jam is born. So what’s it like? How does it compare texture wise to normal jam? So many questions damnit! Sola_angelus explains,

“I put it on a peanut butter sandwich, of which, I only took one bite of.

Had the Pringles jam been a sweeter flavour, perhaps one of the seasonal winter ones, it would have made a far more suitable jam. All in all the jam itself tasted exactly like a BBQ Pringle, just a little sweeter, so it was a pretty disconcerting flavour. I could even differentiate the tastes of the actual potato substance, and the seasonings that had been put on it. As for the consistency, I feel the extra starches and oils in the Pringles made it very thick and viscous compared to a normal jam.” 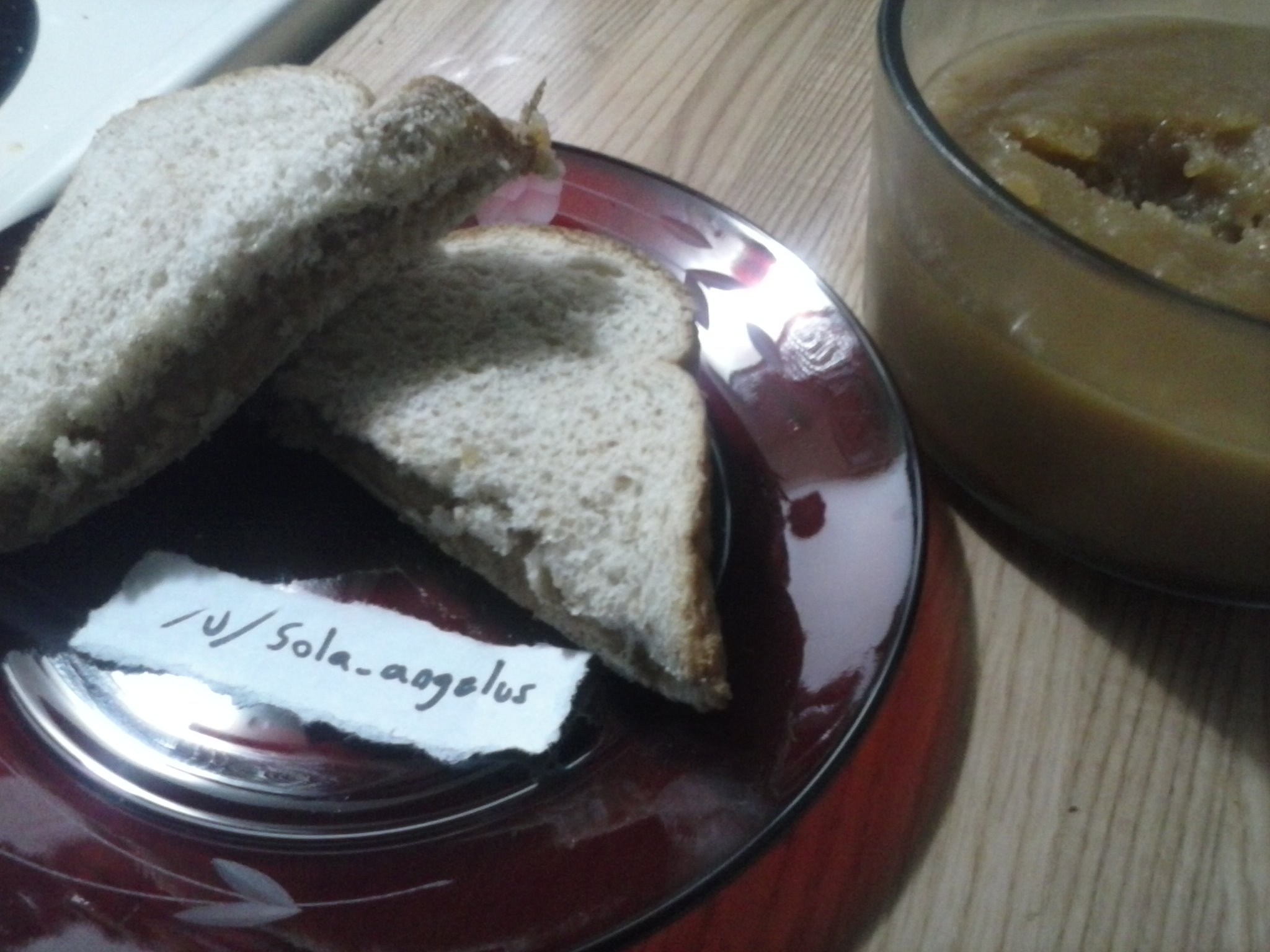 The Pringle jam wasn’t tried with any other food as it was apparently just too weird. Sola_angelus thinks it could be done better though and intends to try it out again at a later date.

So what were the main lessons learnt? What can be taken from this method and passed onto a new experiment?

“Personally, I feel the Honey Mustard Pringles have the potential for a nice, savoury/sweet jam. That might be good on a bagel added onto a small layer of cream cheese.” 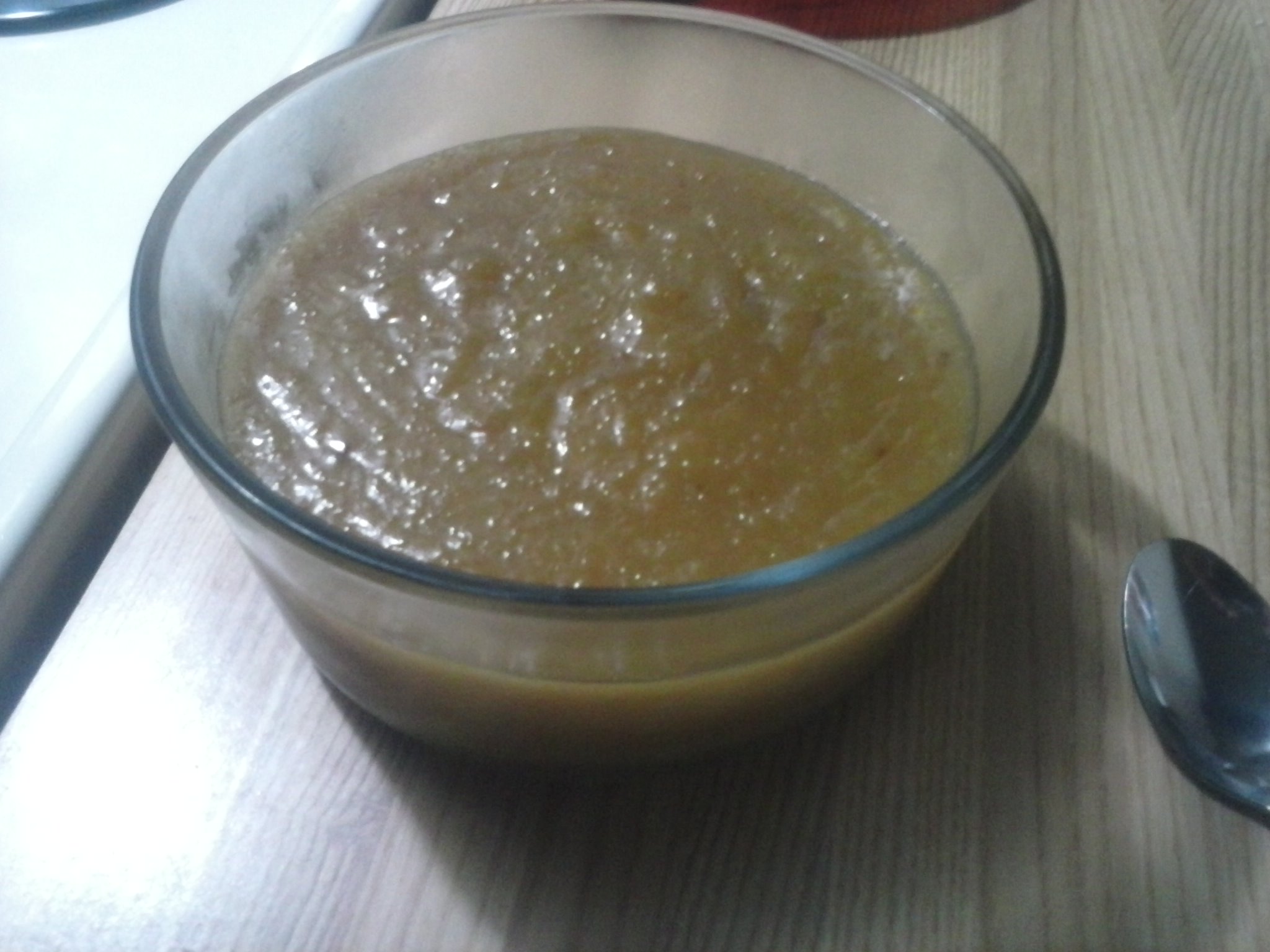 Once you pop, you just can’t stop so I guess making a jam from other flavours should certainly be on the cards.

What else can we expect from the person brave enough to invent the Pringles Jam?

“I can’t say that I’ve really made any other crazy concoctions, at least, not to this degree.

However, I do have in particular another Pringles-related idea, that I’m pretty excited for.

I’d rather not spoil it, but if it goes to plan it’ll be a little more elegant than my previous endeavour, now that I’ve got an idea of what I’m doing. A lot of people also seemed excited at the idea of a Doritos/Mountain Dew jam, but that might take a little more effort.”

Is it wrong that my mouth watered at the idea of Dorito’s boiled down with Mountain Dew?!

What do you think? Wrong or nom? Let me know in the comments below!