Fri 5th May, by Annem Hobson

As I write this, I’ve found myself annoyingly humming along to Eiffel 65’s bizarre hit, I’m Blue. To set the scene for the following post, why not listen along with me?

It seems the colour that wine must be has divided opinion. Blumond – a wine brand made from a blend of prosecco and blue curaçao, as well as Gik – the world’s first bright blue wine from Bierzo in northwest Spain have both been shaking up the wine world. 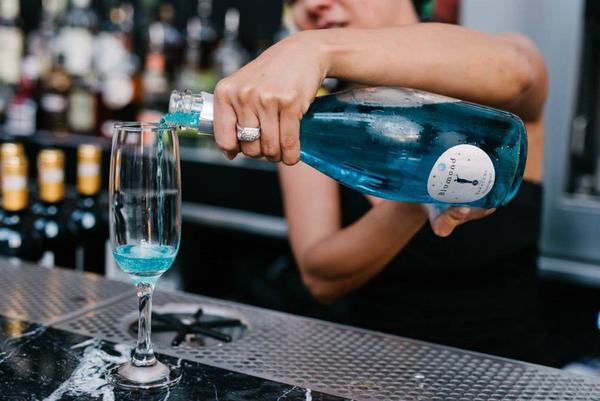 This is a 7% abv drink made from prosecco, blue curaçao and peach. It’s already on sale in China and America where apparently… it’s popular at weddings. Especially if you’ve picked blue as your colour scheme I’d imagine.

Selling at roughly £16 a pop, the company are keen to start selling it on their home turf – Italy, but have run into some bumps along the way. The critics have been raising their eyebrows, and argued that in order for it to be a ‘wine’ in Italy, it needs to be at least 10% abv. As a result Blumond may be forced to rebrand entirely as an ‘aromatised cocktail’, ‘long drink’ or ‘apéritif’ instead.

A member of Italy’s Sommelier Association, Wladimiro Gobbo was quoted as saying:

“It’s an insult to our wine tradition. It’s embarrassing. These are not wines but coloured liquids, dumb-downed hybrids.”

So Wrong It’s Nom have reached out to ask Wladimiro about his stance on Smurf rights too. He has declined to comment.

Moving on to Gik 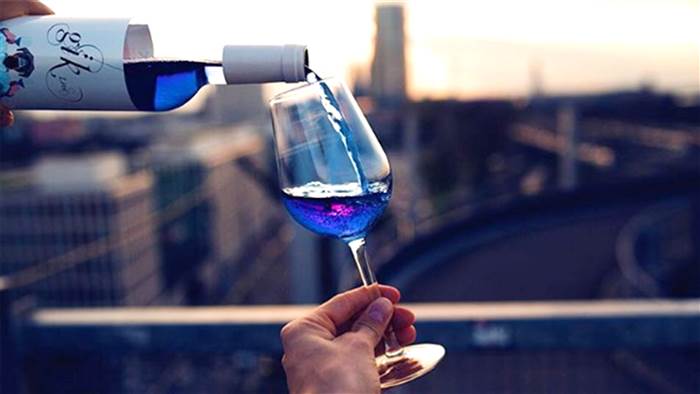 This Spanish wine was launched in 2015 when six entrepreneurs in their 20s invented it. Apparently it took a whole two years to develop whilst they collaborated with the University of the Basque Country and Azti Tecnalia (the food research department of the Basque Government). A base wine is created from red and white grapes, then anthocyanin and indigo pigments are added to turn it blue and the wine is softened with sweeteners. It’s 11.5% (take that Wladimiro!) and the makers advise it be drunk cold.

Still, it seems that this time the Spanish authorities are not happy bunnies. Despite having successfully sold over 120,000 bottles around the world, they effectively argue that it’s the wrong colour and that there is no category for blue wine in EU legislation. Gik are being forced to re-label itself as an “other” alcoholic drink. The team have been mired with a legal dispute.

One of the founders, Taig MacCarthy explained:

“Our goal was clearly to offer something to people looking for a wine that was a bit more fun and crazy. The trouble is that we are trying to revolutionise an industry that has worked for centuries without making any change — and they control the rules of the game.”

As Ice T once wisely said, “don’t hate the playa hate the game.” I mean there’s pink wine… why not blue?