Once upon a time, being important enough to have your wax work figure created by Madame Tussauds was one of the highest honours. Well, move over wax. Celebrities new goal should be a cheese carving. Introducing the coolest piece of art Queen B has ever been a part of: The Brie-oncé.

Sculptor David Bradley helped to re-create the infamous photo released by Beyoncé to announce her 2017 pregnancy, entirely from cheese. David learnt to sculpt the pop queen from food art experts The Robin Collective and food sculptor Jacqui Kelly as part of the training ahead of the E20 Cheese Carving Championships this weekend. 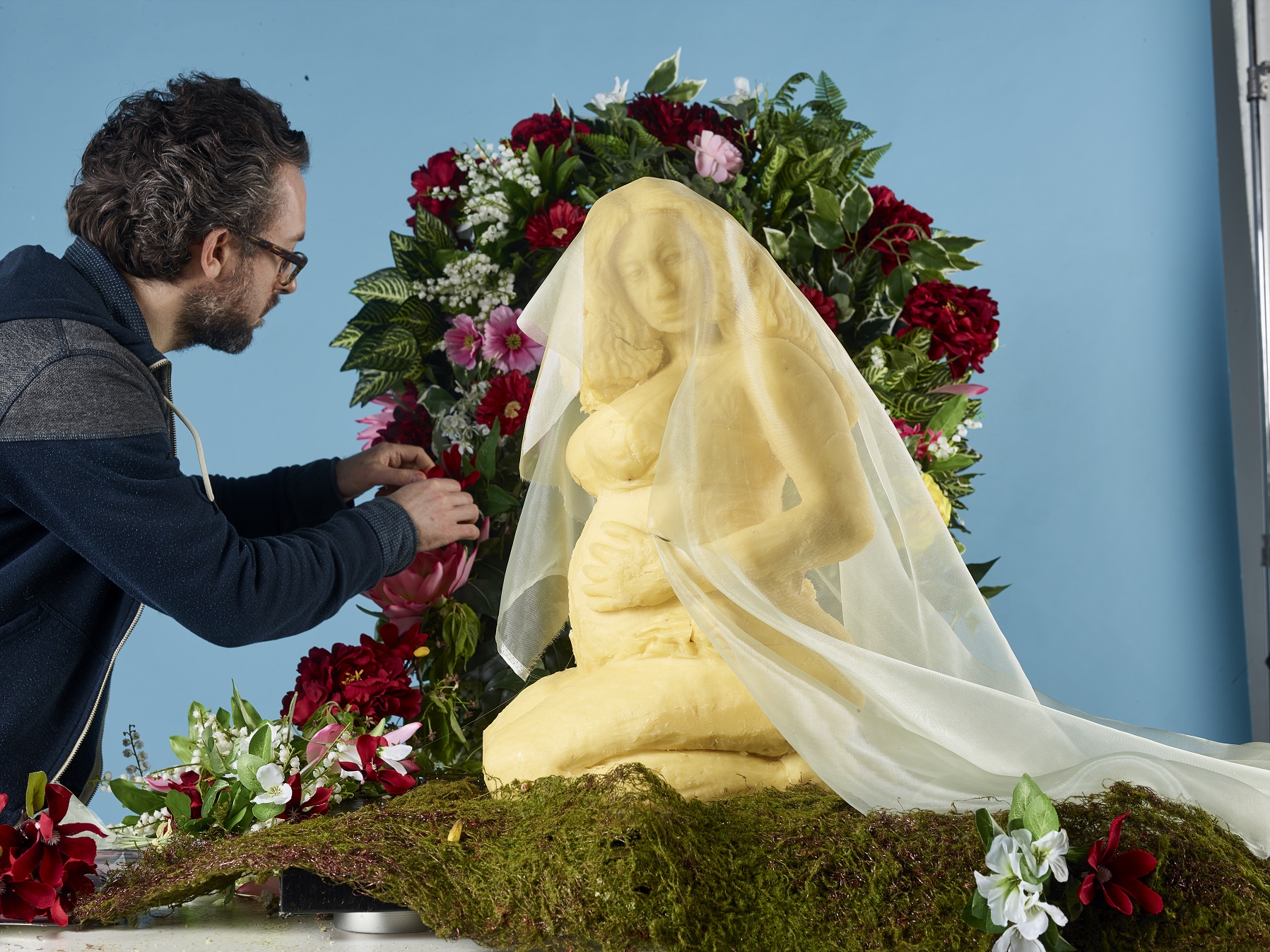 The Brie-oncé took the team a total of 28 hours, 20kg of mild Cheddar, one knife, a paint brush and a magnifying glass to complete.

The E20 Cheese Carving Championships are set to take place at East Village’s Cheese and Wine Festival on Saturday 1st April, from 10am – 5pm and are free to attend! Three specialist cheese sculptors, including David, are set to go head-to-head to create the best sculpture.